Cedar Waxwing Bombycilla cedrorum
Cedar Waxwings are a fairly common winter species but can be missed as often as they’re seen. Waxwings usually arrive in late November in small numbers and can be found with some effort throughout December and January, when their numbers are highly variable.

Their abundance seems to swell in early March, and the largest flocks are normally observed in late March and early April. They are virtually gone by mid-May and do not occur in summer through early fall.

Suggested areas for observing Cedar Waxwings are in the main parking lot at Reddie Point Preserve, at Sheffield Regional Park, and on Fort George Island. One of the best times of day to see them is later in the afternoon before dusk, when they are quite active before congregating in the treetops of medium-sized deciduous trees to roost for the evening. 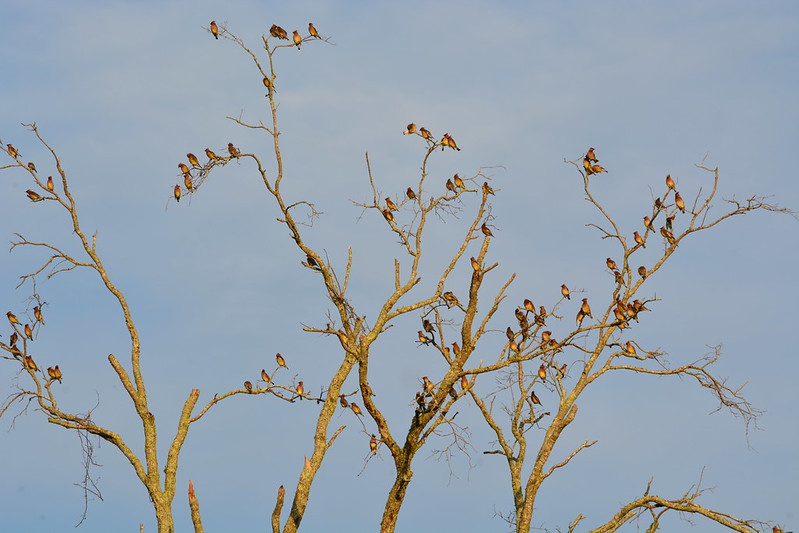